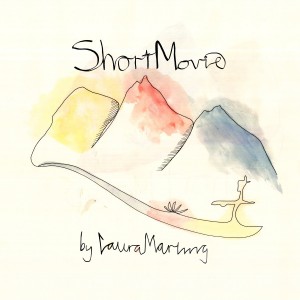 Like so many musicians before her, Laura Marling left her home in England looking for more, or at least something different. The Rolling Stones found the blues stylings that made them a global phenomenon, and U2 wrote (arguably) their most critically acclaimed album after a trip to the States. Marling found herself living in East Los Angeles, engaging in life alone as an anonymous soul searching for meaning outside of her songwriting self. After traveling to places like Joshua Tree, continuing to write poetry and contemplating her career, she plugged into good ole Americana and produced her Short Movie.

Short Movie exudes her inner poet, and the electric guitar plays the role of lead actor. Much like Bob Dylan, Marling transitioned to the electric sound, while not losing any of the self-assurance in her voice. In Short Movie, her desire to be alone becomes relevant in opening track “Warrior,” when she sings “I’m just a horse with no name. Somewhere there’s other beasts who think the same.” In fact, the entire album embraces being alone while yearning for understanding, peace of mind, and, ultimately, salvation. Even though Laura Marling may have accepted the hand she’s been dealt, it doesn’t stop her from asking the unanswerable questions that keep us all coming back for more. “Do you know how strange life can be?”