“Ricky Reed Is Real” by Wallpaper. 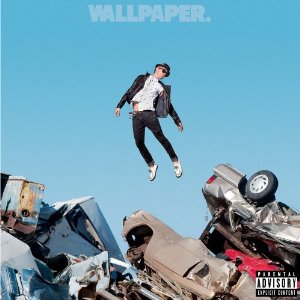 Ricky Reed, the notorious frontman of Wallpaper. may have started out as Eric Frederic’s satire of the hyphy hip-hop era, but he’s quickly grown into his place in the indie hip-hop pantheon. We’ve been championing this Oakland outfit since its inception – their jams even soundtracked our Owl Mag Coachella campsite and Outside Lands party shenanigans in 2012.

Wallpaper.’s second full-length release Ricky Reed is Real (dropping July 23rd on Epic Records) kicks off with the clean, solid sound of Reed’s scratchy, out-all-night voice and pumping guitar riff on “RRiR.” This track, along with “Geek Out” and “Hesher” are reminiscent of the signature Wallpaper. vibe. On the other hand, tracks “The Underdog,” “Let’s Get Away With It,” and “Life of the Party” toe the line into mainstream club-ready jams. Most noticeably throughout the record, Reed has left behind a lot of the gimmicky auto-tuneness that the group has been known for.

Even with a slight turn away from their kitschy sound, as longtime fans we’d prefer to party with Wallpaper. any day of the week over another toe-headed hip-hop artist that’s taken over the airwaves of late.