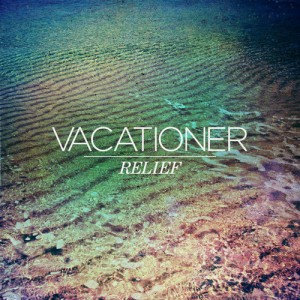 Vacationer calls their sound “Nu-hula,” which is a much neater description than “psychedelic emo dream hop.” Effectively meshing tropical vibes, hip-hop beats, and prog-tronic adornments, the Philadelphia five-piece led by Kenny Vasoli (The Starting Line, Person L) is the happiest band in the land. Relief, their second album in as many years, is just as shamelessly cheerful and enjoyable as 2012’s Gone.

“The Wild Life” is the intoxicating first single, but the whole album is an exquisite way to kick off the warmest season. A soprano crescendo straight out of a 1950’s Disney musical opens “Stay.” “Paradise Waiting” could be a leftover from Atmosphere’s Sad Clown Bad Summer, with angst-ridden raps replaced by eager assurances like “set your tensions aside.” Whirling wind instruments introduce “In the Grass,” where verses and choruses magnificently oscillate between repose and euphoria.

Relief doesn’t stray from formula and has no need to. The pensive/punchy dichotomy of the percussion adds a touch of roughness to their soft rock potpourri. All twelve tracks gently sparkle, the homogenous pleasantries smartly evading repetition. Vacationer’s harmonic alchemy is so striking that they have fully earned the right to invent their own genre.