“Red Night” by The Hundred In The Hands 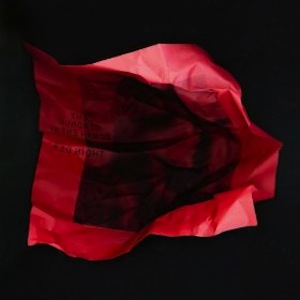 The Hundred In The Hands
Red Night
[Warp]

Brooklyn over the decades has garnered a tremendous musical culture, from Gershwin’s classical days and independent jam funk to an eclectic subculture of indie-rockers and hip-hoppers. In essence, it’s an overwhelming atmosphere of diversity, virtuosity, and utter endearment. That said, this makes progression somewhat troublesome for independent electro-poppers like The Hundred In The Hands.

Though a hardship it can be to blossom in an environment loaded with talented musicians, this New York duo – composed of Eleanore Everdell and Jason Friedman – managed to critically establish themselves with their eponymous debut in 2010, featuring their trademark, bubble-electronic single, “Pigeons.” This time around, with their sophomore Red Night, the twosome has interwoven their Brooklyn rock appeal with heavily dark and hardened rhythmic pads. Commencing the LP with a film-noir ambience, “Empty Station” gradually progresses into a 1960s New York psychedelia, as if being driven through the LSD scene of Midnight Cowboy.

Though each track traverses the album with this tone, the enticement lifecycle of the release dies out through the middle with the seldom repetition of over-exaggerated and farfetched vocals — in Red Night, the musically disarrayed “Keep It Low” and the minimally harmonious “SF Summer.” All in all, despite the few errors, Nelson and Friedman’s second album has just about enough to be comfortably associated with Brooklyn’s growing reputation of an awe-inspiring music culture.