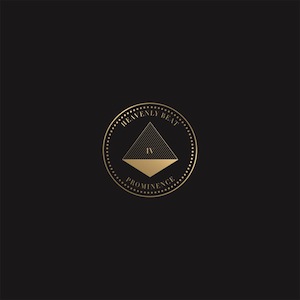 Last year, ex-Beach Fossils bassist John Peña came out with his solo project called Heavenly Beat, which is significantly different stylistically from his former band. He opted towards a dream-pop sound using unconventional rhythms and melodies with an electronic base, as evidenced in his sophomore album, Prominence.

It’s an ambitious effort to mix electronic bossa nova beats with flamenco-esque guitar melodies that back his reverberated whispers, while sweeping strings pop in-and-out. It’s something that he established in his debut that unfortunately carries into Prominence. Songs tend to meld together, making it hard to distinguish them.

There are a couple of stand-out tracks that have some spice. The use of steelpans in “Thin” and “Forever” are strongly reminiscent of Hot Chip, especially the looped vocal melodies in the latter. Production-wise, each song is lush and layered delicately, crafting a perfectly ethereal atmosphere.

Peña deserves applause for combining sounds that stem from Brazil, Spain, and Africa as he’s created a signature sound for himself that’s also extremely catchy-as-hell, but Prominence is held back due to its lack of variety. The potential is certainly there, but it just needs to be tapped.