“Out of View” by The History of Apple Pie 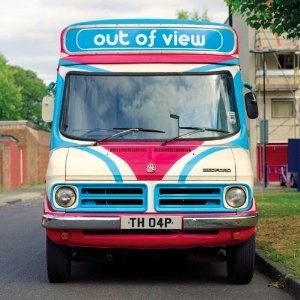 The History of Apple Pie
Out of View
[Marshall Teller Records]

The History of Apple Pie’s debut album, Out of View, crackles with a devil-may-care bubblegum drop sensuality. Stephanie Min’s sweet yet dangerous vocals play over distorted guitar noise that shrieks of predecessors such as Pavement or Pixies. If you’ve bounced along to a Pains of Being Pure At Heart show, you should sit up and listen.

Out of View breathes a fresh spin on grrl shoegaze grunge – not at all what you would expect based off the band name. Are we the only one’s who hear apple pie and Jason Biggs’ awkward face still pops into mind? That being said, one of THOAP’s songs would have totally fit on the American Pie soundtrack. We’ve noticed that’s one of the only major gripes among music critics, which is a damn good sign if the name of the band is what bothers people the most.

Julia Stiles’ character from 10 Things I Hate About You probably would have midriff gyrated to it. In fact, the whole album feels like it’s a nod to ’90s teenage grunge – cute lyrics sung without a smile on the lips, the Daria lack of emotion appealing to girls who wear fish nets as day or nightwear, and who secretly wear their hearts on their ripped sleeves.

The track winner is “Mallory” – lo-fi, yet not too fuzzed-out for some catchy guitar melodies. These UK kids have a solid first album, now they just need to get their cute selves out to the US for a tour!