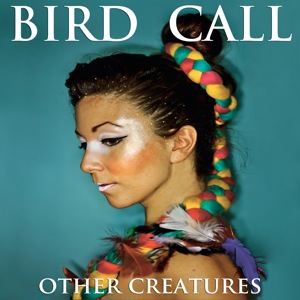 Cover albums are interesting in the sense that they can be a hit or miss, and that is highly dependent on whether or not you think the band covering said artist completely butchered the original or not. With that said, Bird Call‘s cover album is a must listen for fans of Fleetwood Mac, Nick Cave and Beck (artists that are the focus of this cover album). It’s actually worth the listen for the cover of Beck’s “Lost Cause” alone.

This album opens with the piano heavy cover of “The Man With The Child In His Eyes” by Kate Bush. While staying true to the original in terms of chord structure, Bird Call adds her own twist with the addition of some strings and subtle drums. There are some notable harmonies during the chorus too. The cover of “Lost Cause” by Beck is splendid, and the fact that she stayed close to the original was a plus, as I don’t think I would have liked too much experimentation on this track. What makes this cover interesting are the female vocals, as you expect to hear Beck’s instantly recognizable vocals, but instead are greeted with a Regina Spektor-ish and Bjork-ish voice. Her voice is the primary reason why you would listen to this album. Chiara Angelicola stays true to the originals, but adds a voice all her own. The dynamic of hearing her vocals when expecting perhaps a deeper, male vocal range is refreshing.

Call me a sucker for pop from the ’80s, but I loved the cover of “Little Lies” by Fleetwood Mac. “Doo Right” by Man Man ventures in experimental vocal territory which I respect greatly from a musician. The album is short enough for an enjoyable listen and a must for fans of the musicians being covered. Most importantly, it showcases that Bird Call can cover a wide range of genres and musical structures, but at the core of this cover album, you will find it also showcases the ability of Brooklyn-based musician Chiara Angelicola to sing in a variety of styles. This is engaging, interesting, and makes for a highly adaptable and talented musician. I’m looking forward to any full length that Angelicola releases in the near future.