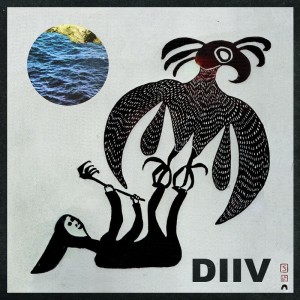 The beachy, romantic surf rock vibes of Dustin Payseur’s brainchild Beach Fossils has captivated ears everywhere since its inception back in 2009, but while Payseur is solely responsible for the debut album, the Brooklyn band is also well-known for their live performances as well. One fourth of that amazing live energy comes from guitarist Zachary Cole Smith who just recently spawned the dreamy, reverb drenched outfit DIIV. We were lucky enough to get a hold of DIIV’s debut LP Oshin and now that it’s in our possession, it’s quite hard to put down. This is far from sounding like an offspring of Beach Fossils, and that’s apparent from the intro track “Dunn.”

It’s raw, yet delicate and enveloped in a jangly, post-punk daze. What’s great about Oshin is that it holds a somewhat somber tone, often times reminiscent of the late ’80s, yet still remains mellow at its core. For example, “Follow” is a slower tune with minor pop tendencies and a gentle sentimental sway which is completely mirrored by the thunderous and haunting sounds heard in the title track “Oshin (Subsume).” We didn’t expect anything short of impressive from a group that’s signed to the illustrious Captured Tracks label and DIIV has certainly delivered a debut that’s sure to be remembered.