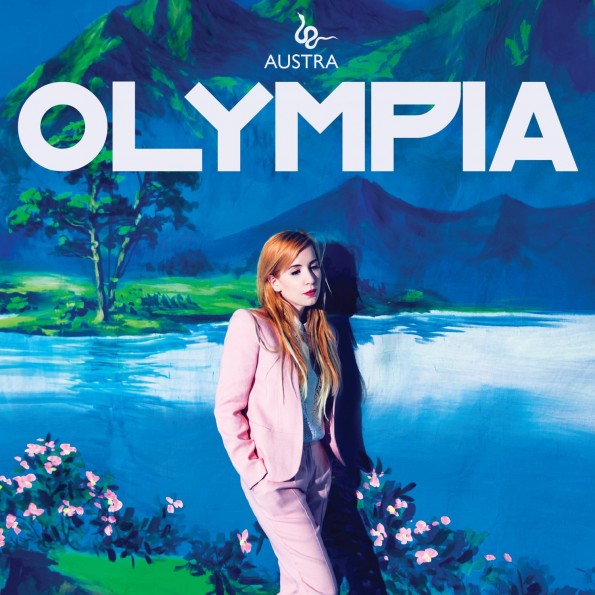 When Austra began, it was a solo venture for Katie Stelmanis. She essentially wrote, recorded, and produced the debut, Feel It Break. But for the sophomore Olympia, it became a collaborative effort, allowing her to focus on writing more personal and emotional lyrics, such as the struggle of being gay on “Painful Like.”

Unafraid to experiment, unconventional instruments are used: flutes flutter freely on single “Home,” marimbas bounce playfully on “Fire,” and a graceful harp intricately weaves in and out of “Hurt Me Now.”

Stelmanis’ operatic vocals have always been a show-stealer, but shows impressive variance on “We Become,” “I Don’t Care (I’m a Man),” and “What We Done?” Twins Romy and Sari Lightman also make their presence felt with beautiful vocal melodies and hauntingly chilling echoes on “Forgive Me,” “We Forget,” and “Annie (Oh Muse You).”

Stark distinctions are immediately noticed between albums as Olympia has shifted away from the darker goth sound to a more electronic, house-oriented focus. The production is airy and spacious, letting the electronic pulses and synth waves warmly resonate thanks to programmer Maya Postepski.

Olympia is a tremendous album that shows growth and progression for a band that’s establishing themselves as a unified whole.