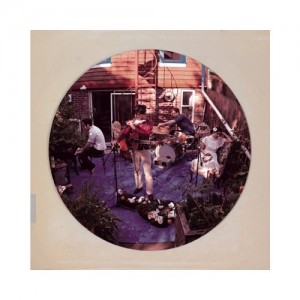 Self-identified as being in a “stranger blues” genre, Zachary Cale is a long pull of whiskey that burns just right. His third studio released album Noise Of Welcome is as advertised: familiar and achingâ€¦ like wandering onto your parent’s porch pre-dawn, barefoot, and knowing you’re going to have to figure out the rest of your life soon, but not now. Born in Louisiana and raised in Indonesia, he now calls Brooklyn home after years of being a youthful traveler touringÂ and crooning and perfecting his folk/country/orchestral cosmic craft. Cale lingers on the last words of lines in a Dylan-esque salute, and there is also something distinctly Dylan about how he forms words (think “Simple TwistÂ of Fate”). Though filled with what should be a cacophony of instruments (piano, guitar, upright bass, drums,Â organ, mandolin, cello, etc.) he allows the songs to sound minimal. LikeÂ on “Blake’s Way,” the pauses in between instruments and vocals are where theÂ emotion bleeds out. His lyrics bite bitter sometimes like in “Mourning GloryÂ Kid,” “you’re so tastelessly crass/with your graceless past/yeah you keep it all in/Â you’re just a morning glory kid.”

To sum up Noise Of Welcome: it’s a blended Leonard Cohen/Bob Dylan,Â but with multiple face-lifts. Zachary Cale’s music sticks to you like gritty, summerÂ dust well past the first listen. I would highly suggest checking out this newestÂ past-meets-present folk creation.