“Nobody Realizes This Is Nowhere” by Terry Malts 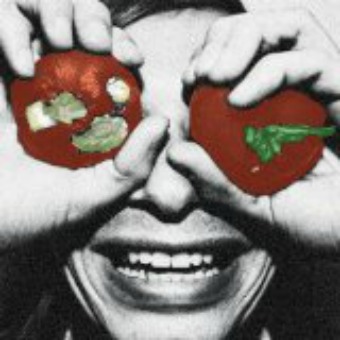 Terry Malts
Nobody Realizes This Is Nowhere
[Slumberland]

Nobody Realizes This Is Nowhere, the new LP from Terry Malts, is a prime slice of Bay Area garage rock, supercharging the eternal verities that have served us from Chuck Berry through Crazy Horse and The Ramones and on to the present day. It’s basic four on the floor stuff, no need for fanciness, and it gets the job done in a shade under half an hour, but is no less thrilling for it. Rising from the ashes of Magic Bullets, their follow-up to their debut, Killing Time, and it keeps the focus on the rough and ready. Carefully deployed sound effects, from the alarm clock kicking off the record, to the hubcap coming off in “Life’s A Dream” add to the fun.

Standout mosh pit starter is “They’re Feeding.” Over a breakneck riff, there’s nothing quite as thrilling as the title repeated as a chant, capped off with a tart: “They’re fed.” “I Was Not There,” “Human Race,” and “Well Adjusted” serve as their testimonies to modern life. Existential crises never rocked so hard. Half the fun is imagining the pandemonium these tracks will set off live, and Terry Malts will be on the road soon to make it happen.