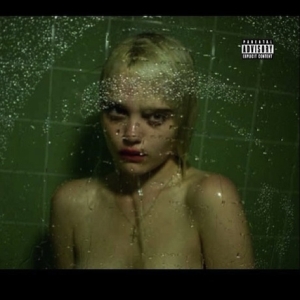 Perpetual next big thing, Sky Ferreira, has gone through several distinct phases of industry manipulation and packaging since being discovered at the age of 15, but it’s only when she reclaimed the power over her identity and artistic direction that the years of investing in her finally paid off. After two EPs and half a dozen singles her official debut LP is here, and it seems to be showing Sky Ferreira as we’ve rarely seen her before – the way she might actually be.

Night Time, My Time does not boast hits as strong as some of her earlier singles, including last year’s “Everything Is Embarrasing,” or the infectious “99 Tears” from As If EP, but it’s a major success nonetheless, being a confident, largely unfiltered statement straight from the singer’s élan vital. Overseeing the making of the album as executive producer, Ferreira teamed up with Vampire Weekend sound architect Ariel Rechtshaid and co-producer Justin Raisen to create a collection of introspective pop songs that show the gamut of her music-afficionado influences (in no particular order: Madonna, Krautrock, ‘80s and ‘90s alternative rock) and, in the lyrics, convey her reflections on the road she’s traveled so far.

There is one more layer to it: the album sounds perfectly contemporary, firmly grounded in current pop sensibilities, but by sneaking in elements of bygone styles that Ferreira has a penchant for she makes these sensibilities more… subtle, completely avoiding the cheap affectability and over-the-topness of releases from, say, Katy Perry or Miley Cyrus. And while the attention might be somewhere else when it comes to Ferreira right now, this seems like the album’s most impressive achievement – without leaving the world of commercial pop, the artist subverts its sonic rules from within.