ALBUM REVIEW: “My Head Is An Animal” by Of Monsters and Men 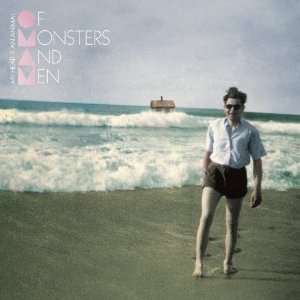 Of Monsters and Men
My Head Is An Animal
[Republic]

This Icelandic outfit offer a slice of indie-pop heaven with joyous, folk-influenced tunes. As an ensemble of 6, Of Monsters and Men bring diverse sounds and inspirations to their music, which is somewhere at the crossroads of Fleet Foxes, Mumford and Sons, and Jinja Safari. Their sound is blissfully jangly keys, milk and honey male-female vocals, harmonica, and uplifting brass interludes.

Comparisons to Edward Sharpe and The Magnetic Zeros are understandable, but they offer a more accessible debut than the former. Nanna Bryndís Hilmarsdóttir and Ragnar Þórhallsson’s lead vocals are refreshingly distinctive and combine for pretty harmonies and rousing sing-a-long choruses that will have you reaching for a tambourine and joining in.

The well-known “Little Talks” is a bittersweet tune of loss, that despite melancholy lyrics remains upbeat. It is easy to hear why it is the 3rd most viewed KEXP in-studio live recording on YouTube with its catchy piano riff and stirring choral refrain. The opening “Kings and Lionhearts” is in the same vein, and one of the album highlights, as is “From Finner.” This is just to scratch the surface of an album that has no fillers to speak of.

Of Monsters and Men create infectious indie-pop laced with darling melodies, and it is no wonder they won Músiktilraunir (Iceland’s battle of the bands competition). We are just starting to sink our teeth into My Head Is An Animal, and suggest you do yourself a favor and get across this band now as they are truly a delight.