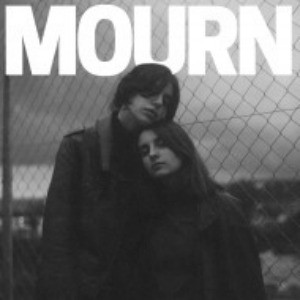 Barcelona teens Mourn strike gold on their self-titled debut. Released last year at home on Sones, it caught the ears of NYC’s Captured Tracks, (Dum Dum Girls, DIIV), and is now available here. They burn through 10 songs in 21 minutes, refashioning indie guitar tropes to fit their own particular take. While their influences are on display for the world to see, what marks them as special is that they’re beholden to no one. “Your Brain Is Made Of Candy” casino is a dazzling introduction, and frankly, the deal is sealed when they drop into the churning “Dark Issues.”

Formed out of a friendship between Jazz Rodríguez Bueno and Carla Pérez Vas, they picked up a rhythm section with Antonio Postius and Leia Rodríguez. Despite having only played roughly two dozen shows, they display a composure and tightness well beyond their years. “Otitis” is another keeper, capturing their exuberance perfectly in a locomotive push/pull tangle of guitars, a wise choice for a single. “Marshall” and “Jack” represent the “boys on my shitlist” tracks that could easily become their stock in trade, but by final cut “Silver Gold” it’s clear that this is a band with much more on their plate. It will be fascinating to watch their development. Mostly still in school, Mourn is picking up some heavy attention en route to their first run of U.S. dates, including a slot in this summers Pitchfork Festival.