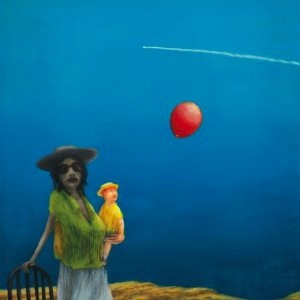 After 2001’s Rose EP, Danny Seim, Justin Harris and formerly Brent Knopf of Menomena have entertained fans with layered, self-produced experimental indie for the past 11 years. Moms is the band’s most recent release following 2010’s Mines, and their first endeavor now that Knopf has left to dedicate himself full-time to his other band, Ramona Falls. Seim and Harris have bounced back from their loss to create a melodically hard hitting, mature sounding album indicative of where they are now, musically.

The only slight bummer about Moms are the lyrical trends of the songs. Disappointment, failure, love loss and a few more slightly emo themes are present throughout the album, contradicting its more happy beats. The line “I try. I guess my best is not enough” sang on track “Pique” is only one of the many discouraging lyrics present. “Heavy is as Heavy Does” offers something just as depressing, granted failure is its theme. Despite this Moms is worth the listen. Let the great basslines, slick keys and belting vocals distract you from the seriousness of some of the lyrics.