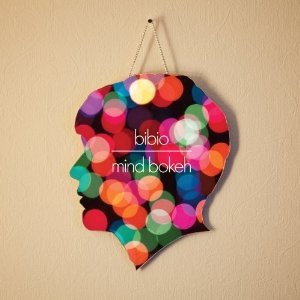 Bibio (British producer Stephen Wilkinson) makes music that can best be described as the soundtrack to your daydreams. His first release with Warp, 2009’s Ambivilance Avenue presented a more mature and soulful sound than that of his previous endeavors. Bibio’s latest album exemplifies an even greater departure from his folk-tinged early work. Mind Bokeh abandons the wistful lo-fi feel of his first few releases, providing a tasty array of playful electronic jams.

“Excuses,” introduces Bibio’s more polished sound as it descends from warped chimes into glitchy electronic bursts. “Pretentious” is the album’s stand-out track, delivering soulful vocals over throbbing bass and loops reminiscent of an out-of-tune music box. “Light Seep” and “Feminine Eye” are similarly soulful and sexy. “Take off your shirt” feels a bit out of place with its glam-rock guitar riffs and dance-y hooks, but is a great track nonetheless. “K is for Kelson” conjures images of a romp at the beach with a pretty girl, and the closing track, “St. Christopher,” is a soothing, ambient lullaby.

Mind Bokeh may leave fans of Bibio’s early stuff feeling a bit alienated. For new listeners and those on board with his stylistic evolution, however, the album is a must-have collection of feel-good songs for summer time.