“May You Marry Rich” by Colourmusic 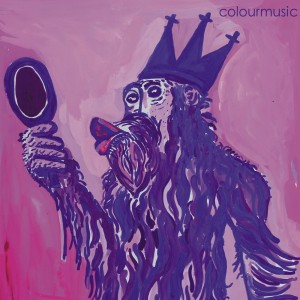 You just know that any album that includes homages to both Frederico Fellini and Iggy Pop will not be boring. That May You Marry Rich does them both well shouldn’t be surprising. The Oklahoma based Colourmusic have had plenty of practice taking themes, instruments, and music that seemingly shouldn’t fit well together, but somehow they twist and cram, making it so. This renders any classification nigh impossible, but here in the Nest we could care less.

Co-founder, vocalist, and guitarist Ryan Hendrix describes this as their “purple album”; said to pick up where 2011’s My ___ Is Pink and then go forth into dark, sprawling directions.

“The lyric ‘I won’t hold you back when I hold you down,’ from ‘Dreamgirl ’82’ is the definition of a good relationship,” Hendrix says in the press release. “It prevents you having total freedom, but it doesn’t mean you don’t love that person.”

Hendrix goes on to explore the theory that we are not wired to stay happy, that contentment is forever out of reach. To such ends he croons the question we all want to know the answer to, “do we need Wal-Marts in heaven?”