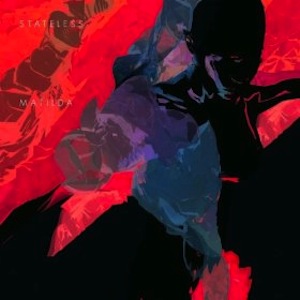 While the band Stateless was touring Europe in 2004, they met DJ Shadow. The rest is history. Singer-songwriter Chris James then sang two songs from his album, The Outsider, and DJ Shadow affected the direction of Matilda in more epic ways than one.

The Eastern beat to “Ariel” is the grooviest of the tracks: “They say you’ve been dancing with the devil.” “Red Ocean” sweeps over a sea of calculated instrumental splendor, with its blissful guitar chords and atmosphere. Clocking in at 2:00, the song is the connecting piece to this album’s travel log.

“Just stay here, my arms are wide open” are the lyrics of a love spell in the hauntingly ethereal track “I’m On Fire.” Shara Worden (Sufjan Stevens’ backup singer) shared her vocals on the track, and was said to have been recorded in her Brooklyn home over a bottle of wine. “I Shall Not Complain” closes the album in piano strides, and is a brooding, chin-up discourse.

With an electronic soundscape and vocals reminiscent of Jeff Buckley and Elliot Smith, Stateless is a staged masterpiece. The characters portrayed in Matilda should very well enter you into their cinematic world. Chris James has been quoted as saying, “It’s like a strange and beautiful dreamscape.”

If Jeff Buckley were still alive, Matilda is akin to the evolution of what he would share with the modern world.