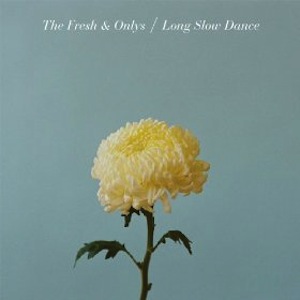 Four full albums in three years, strung together with a wide range of EPs and singles and the The Fresh & Onlys have avoided any idle recoupment. With so many releases so close together, San Francisco’s flagship rockers have quietly evolved from their slightly fuzzed, obscured surf pop self-titled debut. The enigmatic energy unleashed throughout their short career shows no signs of slowing.

“Dream Girls” would not have been written three years ago. Well, maybe written, but without the tightly wound pop sheen. The song’s sappy, sort of western heartbreak theme just shouldn’t work, but Cohen’s lyrics will hold you tight. “Fire Alarm” is another example where The Fresh & Onlys have repressed their inner scuzz and instead embrace an ’80s synth pop line that just begs your head not to bob. Have no fear! Songs like “Euphoria” battle back with classic strung-out guitar lobs, hard driving rhythmic assassination, and plenty of reverb on Cohen’s ghostly vocals.

The Grey Eyed Girls days are over, fans. But, hey, it’s cool. Long Slow Dance is just one of those albums you’re going to fall into without ever wanting to find a way out… until their next release, which is almost certainly just around the corner.