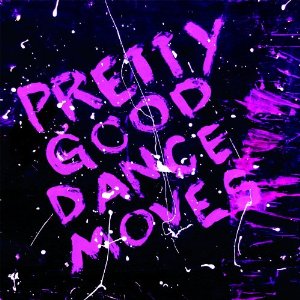 Most fans of the electronic genre are used to music that loops and circles around itself. Pretty Good Dance Moves‘ latest release, Limo, has elements of that with several unexpected turns along the way.

Rather than having individual titles, each song is a “movement”, of which there are eight on the LP. “Movement 5” is like a trip. The track is just what you’d expect from electronic music: cyclic, loopy, and entrancing. The song somewhat envelops you and demands attention – drawing you in further with every beat. Don’t expect to do anything else but listen to this song when you hear it. “Movement 6” is one the surprises on the album. While the track starts slowly it moves on to some sweet indie vocals and stays relatively quiet, but things get more involved toward the end. The track could make it on any indie mixtape and be happy there – not something you’d expect from every electronic group. “Movement 7” is easily the most fun track on the album. One part Arcade Fire another part Clap Your Hands and Say Yeah and another part Jimmy Eats World, the track has a lot of get-up-and-go. The track is also sure to be on repeat in your iTunes library for a few days. What more could you want?

While this isn’t your typical electronic album, Pretty Good Dance Moves has managed to put together something so much better than just “typical.” Be sure to pick the album up, if you want an experience for your ears tonight.