“Life Among The Savages” by Papercuts 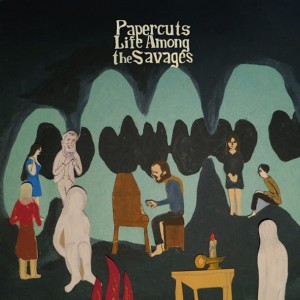 It’s been three long years since we’ve last heard from San Francisco’s Jason Quever (aka Papercuts). But thankfully, he spent those years writing on a new album, resulting in the recently-released fifth album, Life Among The Savages.

Picking up where he left off, Quever continues crafting meticulous dreamy folk-pop songs, but doing so with more precision and refinement. His vocals, along with the instrumentation, are enwrapped in reverb that gives it that classic ethereal-ness, but the lush layers give it depth to the point of lucidity.

What impresses the most is the emotional weight that carries the album. Quever does a great job reconciling the lyrics with the tone of the vocals, the buoyant melodies, and delicate arrangements to create a balanced and well-rounded album.