“Kowloon” by The Longwalls 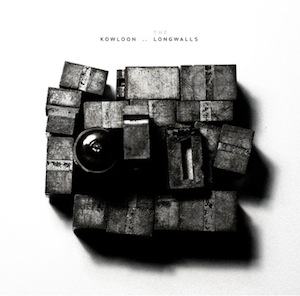 The Longwalls evoke wintry discontent and hope springing eternal within the walls of their latest album, Kowloon. The Longwalls hail from the Boston area, and their sound reflects a wide array of music steeped in the Americana tradition. The band consists of ex-Gatsby members Alan Wuorinen and Brandon Comstock (vocals and guitar, respectively), with drummer Kurt von Stetten and Dan London on bass. Kowloon is an excursion through the best of times and the worst of times, much like the residents of the Kowloon Walled City (the inspiration for the album’s name).

The opening track, “Vassa,” leads us through a harsh winter-land to observe a tiny speck of life that eventually crashes through the ice, but with a true patriotic spirit, the land is still loved, though it is “cold and dark and blue.” “Vassa” throws you for a curve, as the rest of the album is pure alt-country, with songs like “Big MT” and “Maybe Golden” hinting at the darker edges of the human condition. Kowloon is a lovely novella of an album at 8 songs, and we hope The Longwalls will break out and through to a wider audience; they deserve it.