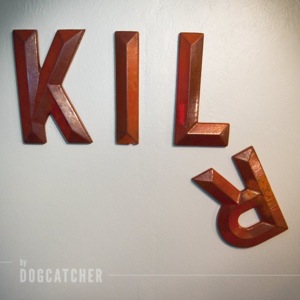 Hailing from California, KILR, the debut full-length from three-piece band Dogcatcher is a record ripe with folk-pop tunes heavily influenced with blues and jazz. Sounds like it’s killer. (Pun intended)

Frontman Andrew Heine, bassist Jason Wei, and drummer Ramon Esquivel make up the bands trio. “All at onceâ€¦ nobody move a muscle, it’s a sucker punch,” croons Heine on “All At Once,” a captivating jazzy number further enriched by the addition of backing vocals from Jenn Grinels. The addition of strings to “So Thank You,” a lament to a former lover is melancholy loveliness. “Dusty Trail” is trumpet-filled dirty-sweaty blues. Dogcatcher claims that KILR is an album about two lovers’ journey and it sure is that, and so much more.

Discovering Dogcatcher is akin to walking into some random, dimly lit, intimate, music venue with no expectations apart from getting a quick drink. Hanging by the bar, nursing a drink facing away from the stage, the music starts, and suddenly, Heine’s velvety voice rings out, slowly seducing you, song after song, deeper and deeper, weaving a spell over you, and then it’s over. You’re left with the feeling that one day you’ll look back on this moment and think, “I knew them when…”