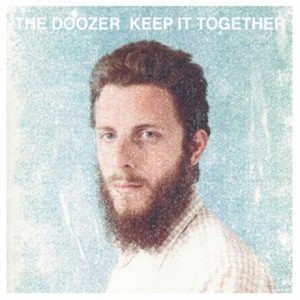 Keep It Together
[Woodsist]

Hailing from Cambridge, England, The Doozer is a mysterious, bearded fellow who seemingly teleported from the late '60s, post-Pepper's folk scene. His new album Keep It Together features a rotating cast of musicians, including, at times, horns, violins, and harmonica.

With those new elements comes an expansion of Doozer's music. Having outgrown his old one-guy-and-a-4-track sound, he's more focused now than on his sometimes aggressively difficult previous work. Dropping the noise collages he'd occasionally experiment with, most songs here are his kitchen-sink version of folk-pop. Jangly guitars float on dreamy beds of gently marching drums, winds, bass, or whatever else Doozer feels like throwing in. The vocals, unfortunately, don’t showcase the same versatility. His deep, droney voice is pleasant for the most part, but over the course of 11 tracks the flat, monotonous melodies grow tiresome.

Keep does occasionally soar, especially on higher energy numbers like “Jobsworth,” “Display Cabinets,” and first single “Fold Up Chair.” This really is a headphones disc, though; on earbuds, the nuances can get lost, rendering even the best tracks lifeless.

The Doozer could produce something great in the future. For now, though, if you’re sipping tea near the English seashore, you've found a decent soundtrack.