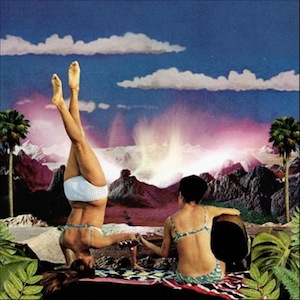 Pop seductress Gemma Ray’s latest album Island Fire is a vocal album before anything else. While it’s filled with other elements — from Amy Winehouse to a ’60s sound to Duffy — the album is a vocal-centric release first and foremost.

“Eaten By The Monster of Love” is a trippy song. The track sounds like Grace Reed‘s “Dragon Roll,” in the sense that the song is a fairytale mixed to music. Unique and weird, the track is still phenomenal and strong vocally. “Make It Happen” is quiet. The song sounds like an Adele crooning track. However, the track is soft and delicate. On the flipside, there is “Here Comes the Light,” where you’ll easily feel like you’re high on a floating cloud. Similar in sound to Lykke Li, the track is vocally driven. When the chorus kicks in, it sounds like some of Vanessa Carlton‘s latest work. While the album sounds inspired by a slew of who’s-who in the female pop world, the album is still unequally Gemma Ray.

Island Fire is a powerful vocal album that you’ll find yourself spinning most of the summer.