“Invite the Light” by Dam-Funk 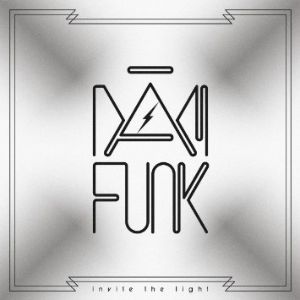 Gather around children… it’s story time. Once there was a thing called an “encyclopedia” – kind of like if you killed a metric-shit ton of trees and processed the results into parchment, puked the contents of Wikipedia upon them and bound the results into a keepsake. We were crazy back then.

Which is a long-winded way of saying that with Invite The Light, LA’s keeper of the flame Dam-Funk has come up with no less than an Encyclopedia of Funk. It’s all butt-moving sticky grooves, laced with a potent dose of Afro-Futurism across the sprawl of its 96 minutes. Opening with the scan of a radio dial, followed by an exploratory valediction, it’s off to the races. “Keep the third eye on high beams” indeed.

With Dr. Dre blessing the world with Compton, it’s worth noting that without the mighty P-Funk machine there is no good doctor. Post-OutKast, the heir to President George Clinton’s throne is Dam-Funk, even making room for a Snoop Dogg appearance 2/3’s of the way through the proceedings, reprising their partnership from 7 Days of Funk. The production throughout is airtight, and wherever you choose to drop the needle within, it’s a ride straight to the stars. Like Kamasi Washington’s The Epic, it’s been a good year for underground transmissions out of Los Angeles.