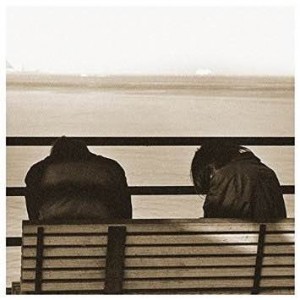 With a low, feedbacky intro guitar riff, the first single off METZ‘s new album, II, is also its opening track. “Acetate” sums up what these fine young Canadian gentleman have been up to since their self-titled debut came out back in 2012. METZ’s recipe hasn’t really changed much: blending components of noise, punk, and hardcore, mildly creating an end result like that of what the lovechild of The Hives and Eagulls would sound like.

II is the hard-hitting sophomore release METZ fans were expecting. This isn’t necessarily a bad thing – METZ have a somewhat predictable sound, but a welcomed consistency. A couple of stand out tracks come just after the album’s halfway point. “Landfill” is a bit different, both vocally and structurally, almost calling all the way back to the mewithoutYOU, Glassjaw era of experimental post hardcore. To contrast this, “Wait in Line” employs much of the young, brash vocality that’s popular with bands today, like FIDLAR. “Kicking a Can of Worms” couldn’t have been a better choice as the record’s closer. Clocking in at a probably intentional 4 minutes and 20 seconds, the same loud, noisy guitar that introduced II acts as the most appropriate, and consistent, finale.