“Ice On The Dune” by Empire Of The Sun 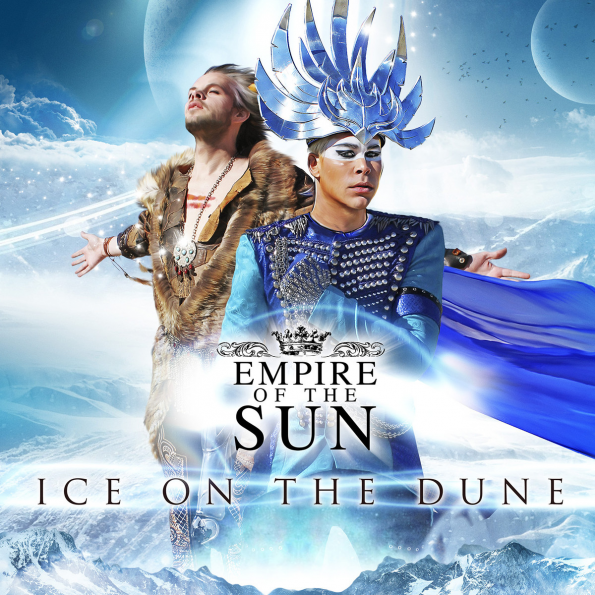 Empire Of The Sun
Ice On The Dune
[Capitol]

Flashback to 2008 – the Australian duo known as Empire Of The Sun came on the scene with their “Walking On A Dream,” and with that, the band filled hearts, ears, and minds with shimmering electronics worthy of bringing out bounds of imagination in all of us. Now – after years of touring and some brief time off – the guys are back with their sophomore effort, Ice On The Dune, and it’s clear in the lush and grandiose nature of this release that Empire Of The Sun is ready to immerse us all in their chilly, vibrant, crystalline world once more.

What separates Ice On The Dune from its predecessor is the overshadowing presence of a more dance driven sound through its entire duration but even though this pulsating twelve track journey has a different destination, it never fails to come off without that otherworldly allure and charisma that Empire Of The Sun is known for. Tracks like “Ice On The Dune,” “Surround Sound,” and “Disarm” are a throwback to the earlier years while songs such as “Awakening” and “Celebrate” work to introduce fans and newcomers alike to a slightly newer side of the duo. Despite Ice On The Dune being the result of time well spent away from the spotlight, with such a solid second release, Empire Of The Sun is sure to be right back there again.