“Himalayan” by Band of Skulls 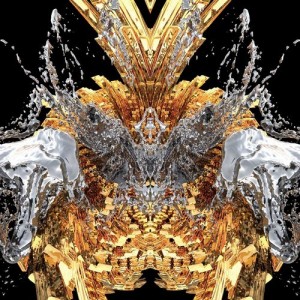 Band of Skulls want you to forget the riffs of every other rock band. Their riffs are the dirtiest, the greasiest, the fattest. Band of Skulls is the new dark meat. Himalayan, their third album and follow-up to 2012’s Sweet Sour, aims and succeeds at being more of what Band of Skulls has always done: loud, riff-based blues rock.

Remember the 1970s, when hard rock ruled the radio? I don’t (too young!), but Band of Skulls sure does — Led Zeppelin, AC/DC, Black Sabbath. The Southampton, England band likes it just the way it was back in the old days, but without any of the boundary pushing. Lead single “Asleep at the Wheel” throws a nice rhythm-change wrench into the bouncing beat, but its “Black Dog” impersonation is nowhere near as melodically interesting as John Paul Jones’ original twisted writing. And when their songs take it slow, they run into the same problem, just at a less demanding tempo. Band of Skulls maybe just doesn’t have the chops to pull it off.

Co-lead singer and bass player Emma Richardson literally gives Band of Skulls a voice you won’t find in, say, the Black Keys, but rarely do they put her to good use. Her and Russell Marsden’s sultry singing gets buried among the guitar grooves, which chug along almost uniformly throughout the album. Band of Skulls tries to leave no space unfilled by distortion or drums. It’s a missed opportunity, however. When rough guitars are all you hear, the loudest possible sound is silence.