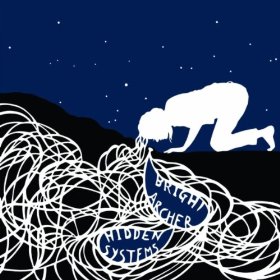 Bright Archer is Johanna Kunin’s nom de musique for her second album, after her yes-this-is-the-name-on-my-passport self titled 2006 release Cloud’s Electric; Johanna has stated that she felt Bright Archer better embraced the evolution of her music and lyrics. Okay, not the craziest reason for name rebirth I’ve come across (my favorite goes to ex-girlfriend suing for defamation) and certainly the music itself is personal, smoothly lyrical, fiery, and delicate by turns. Johanna creates vignettes from her piano and her beautifully trained breathy voice, all the more visceral for its seemingly simple construction. Vibraphones pop into play, as do orchestral maneuvers and french horns too courtesy of her participation in Portland’s prolific music scene- Loch Lomand, AgesandAges, Velella Velella are all bands in which she has a hand. Johanna admits to naturalist fascinations (she grew up in Minnesota) and you can see that clearly, courtesy of lyrics such as “the oceans rest, the oceans sing, to bring our souls” from “Sunrising” or talking about the “lava, the ancient wellspring/ I feel it flowing underground” from “Underground.” She focuses on life, what we do with it, how we enjoy it and the little pieces of ourselves we may keep secret til we’ve no other choice. Reminiscent of Tori Amos (with less angst) or Regina Spektor (with less edgy attitude), she knows precisely what soft foot-fells she wishes to tread in leading us on this journey; smart Sagittarius, indeed.