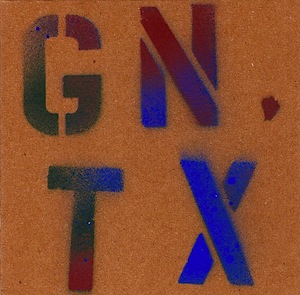 The Stone Foxes is one of those bands that has been covered time and time again on The Owl Mag. Because of their unique style and both of us based out of San Francisco, they deserve every picture we’ve taken and every word we’ve said about them. But recently Stone Foxes member Avi Vinocur has branched off to form a new band, Goodnight, Texas with North Carolina based Patrick Dyer Wolf. Wolf has seen his own fair share of musical endeavors including Attic Orchestra, Semi-Formal, and The Tender Fruit.

Goodnight, Texas delivers a 5 song EP you wouldn’t expect to come out of California. Recorded earlier this year in San Francisco, Wolf and Vinocur spent over four weeks crafting a debut EP that you’d believe came out of Texas long before you think it was written by two coastal boys. Explained by the band as a “garage roots Appalachian collaboration,” we think that it better is summed up as a “Californians go to Texas in their mind and come back changed forever.”

On it you’ll hear banjos, deep acoustic guitars, and even a mandolin from 1918. You’ll be inspired to buy a pair of beat up boots, run through the mud just to break them in, and feel like you’re somewhere in middle America. Don’t let the country-esque feel of the record fool you, Goodnight, Texas has channeled the best parts of folk and country music in their debut EP.

Only 250 physical copies, hand painted and numbered, are being made available at their shows. If you’re in San Francisco on May 1st get to Bottom of the Hill for their show and pick yourself up a copy or two.