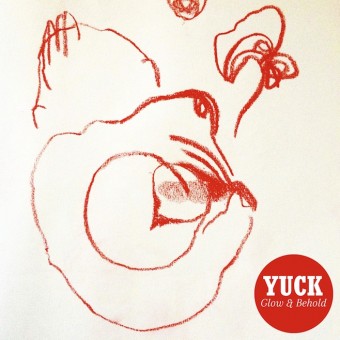 When we last left Yuck, the London four-piece was riding the wave of ‘90s rock nostalgia. With their critically acclaimed 2011 self-titled debut, Yuck merged the fuzz of Pavement and the melody of Elliot Smith to become the disciples of lo-fi. Out of necessity, and perhaps some inspiration, Yuck has changed its course ever-so-slightly since the departure of frontman Daniel Blumberg. Guitarist Max Bloom took over as leader, and as a result Glow & Behold, the group’s first record since the switch, feels like a conscious restart.

The most immediate, notable change in these new tunes is Bloom’s voice, softer and unimpeded by that easily recognizable and almost cliché lo-fi microphone effect. Yuck also expanded its instrumental palette, inviting on horns for declarative fanfare in tunes like lead single “Memorial Fields” and the surprisingly gorgeous “Nothing New.” The latter tune exemplifies Yuck’s altered focus, shifting gear into sweeter and slower songs. Bloom reaches into falsetto, and the combination of acoustic and electric guitars shimmers around him. But Yuck never confines itself: “Lose My Breath” is built around a driving beat and very Either/Or-esque chorus, “How Does It Feel” slips in a slick guitar solo between those same horns, and neither depends on the crutch of purposefully haphazard production. Yuck lays every aspect of their music wide open.

It’s now apparent that we need a new reference point for Yuck. Glow & Behold proves that they can construct a thoughtful, laid back, musically diverse album in league with the recent successes of Yo La Tengo, and that’s good news for indie bands. There’s life beyond distortion.