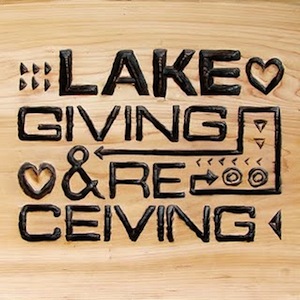 InÂ Giving and Receiving, Lake presents a startling and focused effort. One part basic indie, another part aromatics, and an additional part atmosphere, this album stands up on its own two feet.

“One Small Step” is easily one of the standouts on the album. With its good ol’ fashioned indie rock feeling, the track feels like it stepped out of an early ’90s Fugazi album. While it isn’t loud, the analogy somehow makes sense. “Mother Nature’s Promise” is more pulsing and electronic, and while the track certainly doesn’t present the album in the best light, it does highlight how varied it is overall.Â  It represents a much more melodic mix with big band and soft lyrics. “Distant Stars,” however, feels like it belongs from a past episode of One Tree Hill or Dawson’s Creek, which isn’t a bad thing. You might just find yourself spinning it more than any other track on the album.

While Lake might not be a household name yet, Giving and Receiving has strong enough merits to help the band get a rise of popularity.