“General Dome” by Buke and Gase 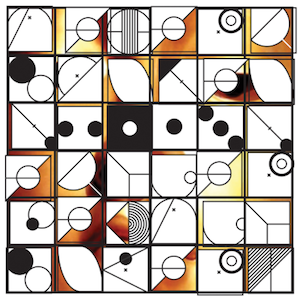 Yep, the name should make sense now. Sanchez and his DIY accomplice Arone Dyer were whisked from the basement to the studio by members of The National; General Dome is their second release on the Dessner brothers’ Brassland label. Infused with a myriad of overdriven effects, Buke and Gase bend their chamber pop towards metal and industrial on this near-
unclassifiable LP, thudding and chugging through abrasions that lose their novelty by the album’s end.

General Dome adheres to a strict formula on most tracks: an odd-metered muted riff begging for inclusion on the next Tool record, followed by the pounding of a drum and tambourine that catapults Dyer’s vocals into the stratosphere. The singing here is excellent, adding a soaring melody to “Contortion In Training” and making the title track one of the darkest of the set. Synth embellishments on the opener “Houdini Crush” build to a climactic frenzy before suddenly cutting out – a nice touch. Yet overall, General Dome is a missed opportunity. Buke and Gase are poised to experiment with one-of-a-kind tools to produce some truly proprietary sounds. Instead, they carve out a confining niche for themselves, stretching their uniqueness thin over 13 songs.