ALBUM REVIEW: “Forever So” by Husky 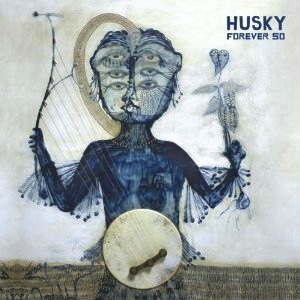 With their debut Forever So, Melbourne’s Husky have crafted a solid indie-folk album laced with darling melodies, soothing harmonies and comforting riffs.

The album was mixed in LA by Noah Georgeson, who has previously worked on albums by Devendra Banhart and The Strokes. Indeed, the emphasis on acoustic guitar is similar to Banhart’s sound, as is the warm intimacy of the vocals. Comparisons may also be drawn with Fleet Foxes and Angus & Julia Stone.

Forever So is best listened to in its entirety – the transition between songs is seamless and intentional. Out of context, “Farewell (In 3 Parts)” may sound aimless. The 2nd half of the epic song is a soothing conclusion to the album, with brass instruments adding a rich nostalgic quality.

“Forever So” is a highlight and reminiscent of The Middle East, with its pretty piano riff and steady rhythm. At just 2 minutes, it’s over too soon. The stand-out is “History’s Door,” the song that garnered Husky national attention and won them Triple J’s Unearthed competition. With an acoustic riff and lush vocal harmonies that get underneath your skin and leave you with tingles, it is warm and melodic organic indie at its best.