ALBUM REVIEW: &quot;Forever&quot; by Sleep ∞ Over 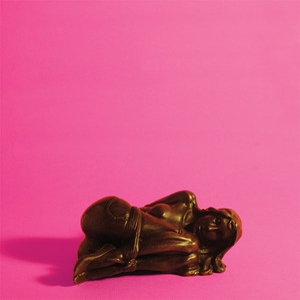 Sleep ∞ Over
Forever
[Hippos In Tanks]

When two of the three members of Sleep ∞ Over moved on to other projects last year, Stefanie Franciotti kept chugging along as a one-woman act. Forever, the debut LP by Ms. Franciotti, is what she has to show for her persistence. Just over a half hour of ethereal, synth-based, psychedelia makes Forever a go

-to for a creepily overcast afternoon or a melancholy-themed spa. Two pretty sparse things in Sleep ∞ Over’s hometown of Austin, TX.

Alas, even if you’re not kicking back at a gloom and doom resort getting a despondency facial, you’ll likely enjoy the obvious gem in the ten-song bunch, “Romantic Streams,” the clap track-heavy and breathy vocal second cut (think: Washed Out’s theme song to “Portlandia”). However, that Franciotti also chose to include “Untitled,” 22 seconds of fuzziness that sound like she was tuning a theremin, is not as forgivable. May make you wonder, maybe Sleep ∞ Over should reconsider the whole solo thing?