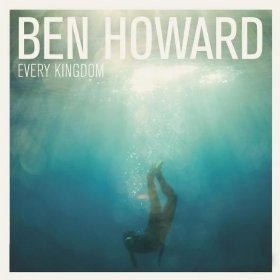 Listen to Ben Howard’s debut album, you’ll wish the beach’s sand was warming your toes, have a sudden urge to explore the world, and catch yourself bopping down the street howling like a wolf. Not that these things are personal experiences…

Howard has a bit of Brett Dennen’s skip in his step, mixed with Alexi Murdoch’s ethereal voice. The album starts off with a circling guitar line shortly followed by a train-like percussive drive – he’s taking you for a ride, so you’d better buckle up. Howard has a charming knack for chanting oh’s and ah’s in between lyrics to keep your sprits up as you trek into uncharted territory.

When you near the end of your journey and reach “Keep Your Head Up,” you are enlightened as Howard coos, “All I was searching for was me.” He calms down from that point on and wraps up your adventure by gently rocking your weary soul to sleep with his guitar accompanied by India Bourne’s cello. If you have an itch for questioning the universe and yearn for self-discovery, Every Kingdom will certainly help you scratch it.