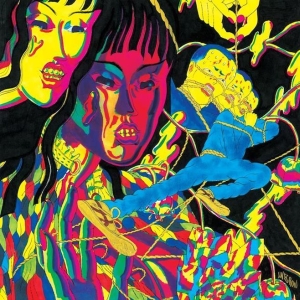 Last December brought the disheartening news that Thee Oh Sees were to embark on an indefinite hiatus, likely to never perform live again. In that world, Drop would’ve been the group’s last foray together. Now we know that break is over and John Dwyer’s garage-rock standard-bearers will perform again very soon; however, in an ironic twist of fate, Drop ends up sounding like the perfect last album – a summation of what Thee Oh Sees stood for musically and culturally.

The band’s eighth studio LP gives off the vibe of a debut record written by time-traveling veterans, with the hindsight of everything they went through in the last couple of years. Drop reconvenes The Oh Sees’ enduring facets, like the energetic burst of distorted pop (“Put Some Reverb On My Brother”) and prolonged punk drones (“Encrypted Bounce”), while online pokies simultaneously sounding more raw and fresh than they have a while. In tune with the vividly colorful cover, Drop references ‘60s psychedelic music more faithfully, too, and by harking back to that very youthful sound, the record reads almost like a swan song to San Francisco’s oft-publicized new garage rock scene. Band founder and core member John Dwyer lives in Los Angeles now and other key figures of the movement are being priced out of the Bay Area, but like a soundtrack to a documentary of a past long gone, Drop is the sonic representation of an end to an era. If Thee Oh Sees really do stay together, their music will likely never sound the same again.