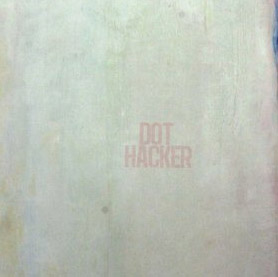 Dot Hacker’s members all have impressive pedigrees, having worked with Beck, Gnarls Barkley, PJ Harvey, Charlotte Gainsbourg, The Butthole Surfers and Broken Bells amongst others. Additionally, lead singer Josh Klinghoffer is best known for playing guitar with the Red Hot Chili Peppers. With this kind of background, you have to wonder if Dot Hacker will live up to it… not to mention wondering what their music will sound like!

Wonder no more, for their self-titled EP (their full length album is out later this year) is a majestic four-song triumph reminiscent of the Cocteau Twins and the Jesus and Mary Chain. Klinghoffer’s vocals are otherworldly with a quality similar to Billy Corgan’s, but fit the songs perfectly – most are densely layered, lush productions that make you want to just sit back and listen. However, the upbeat, rocking “Order/Disorder” has quickly become a favorite, and one that I’d absolutely love to hear them play live!