ALBUM REVIEW: “Do Things” by Dent May 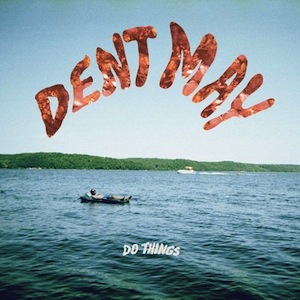 Dent May
Do Things
[Paw Tracks]

Dent May has laid his magnificent ukulele to rest and instead taken up with a synthesizer on his newest full length, Do Things.

Although a synthesizer’s no theremin, Dent May is completely channeling the Beach Boys on this sophomoric effort. From May’s swinging, layered and overextend singing to his eccentric hints of psychedelic instrumentation, Do Things is a Mississippi boy’s version of Pet Sounds.

Somewhat similar to that of Brian Wilson, May composed and recorded the album entirely on his own. But instead of chasing after California girls, May’s content in middle America — “Don’t want to move to Southern California, I wasn’t really meant for LA,” he sings on the closing track “Home Groan.”

Despite that, it’s still easy to make a song for song comparison: for Wilson’s “Sloop John B,” May gives us “Rent Money”; for Wilson’s “I Just Wasn’t Made For These Times” we get May’s titular track “Do Things,” yet the album transcends the ’60s comparisons and can stand as a 2012 creation thanks to his ironic album art of a carefree young man lying on floatie in a lake just above the words “Do Things” — May makes it obvious that his music was crafted with millennial twenty-somethings in mind.