“Divisionary” by Ages And Ages 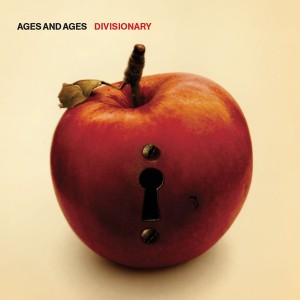 The 2011 debut from Ages And Ages was an unquestionable success, gaining attention from corners as diverse as SXSW, NPR, and the Obama 2012 Campaign. But resting on laurels is just not how the Portland-based band does it. On their second album, Divisionary, the group expanded their sound and deepened their thematic content. Now with spaces in their name, Ages And Ages have produced a sophomore effort that’s as powerful as anything they’ve done.

The band is fronted by guitarist and vocalist Tim Perry, but each member of the band sings, recalling the beefy sound of a gospel choir. And their sound is no gimmick. While the hand claps and harmonies of “Our Demons” lend an undeniable spirituality to the song’s message of unity in dark times, the band’s impeccable harmonies are put to use in a variety of settings, from the galloping “I See More” to the cowbell-driven rocker “The Weight Below.” And when Perry’s voice is allowed to stand alone on the Elliot Smith-indebted waltz “These Ravines,” his female bandmates’ vocal touches—when they do arrive—make the song that much more haunting.

Divisionary will undoubtedly garner Ages And Ages even more attention, but they won’t let the spotlight phase them. Chances are, the band will just keep charging forward. And once you hear their anthemic tunes, you’ll beg to go along for the ride.