ALBUM REVIEW: “By The Horns” by Julia Stone 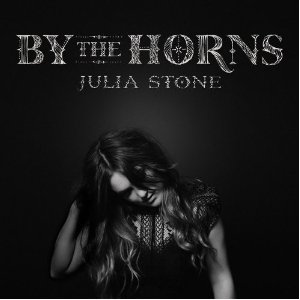 Julia Stone, of the Australian brother and sister duo Angus & Julia Stone, has released her second solo album. By The Horns opens with “Let’s Forget All The Things That We Say,” a persuasive song in which Julia tells her lover to reconnect with her as the ice melts away and spring brings new life and love.

As the second track, Stone covers The National’s “Bloodbuzz Ohio.” Her interpretation is a bit softer and more vulnerable; Stone stays true to her style as an artist while paying homage to the original. Her vocals reflect Matt Berninger’s passionate sound nicely, and both versions contain a pulsating, driving percussive sound.

On the title track “By The Horns” Stone emphatically states, “I believe in love. No darling, you can’t take that away from me.” The song is jazzier and sassier than the Julia Stone we’re used to both musically and lyrically. Her lovely, airy voice is more forceful on this record, and we like it.

Angus Stone is also releasing his second solo album, and it is due to release this July.