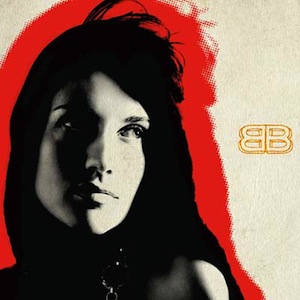 Butterfly Boucher may be a name you’ve heard in passing throughout the years. The 32-year-old Australian made quite an impression with her 2 previous albums, landing her a guest vocalist spot with David Bowie on an updated version of his song “Changes” for the Shrek 2 soundtrack. Her music has also been on the TV show Grey’s Anatomy and after you listen to this record once, you’re going to hear Butterfly Boucher everywhere.

Let’s say it’s kinda like if you were to fuse all the great things about Lilith Fair together…It’s music. It’s all about women. And the only reason you should ever go is if you’re with your parents who have been dying to hear the latest Sarah McLachlan record live. And granted, you’ll go cause there’s a few good looking songwriters left and maybe you’ll hear something early in the day that perks your ears up. I’ll save you some time and let you know that Lilith Fair or not, Butterfly Boucher is one of those acts you should check out.

Butterfly Boucher (the album) is full of surprises. Not only are the songs extremely memorable, poppy, and instant classics, they’re also full of emotion. Butterfly Boucher says of her new album, “This is a new era for me, being independent and calling my own shots,” and to which we respond “every shot you called is perfect.”

She also filmed herself performing acoustic versions of the songs off the album with guests Missy Higgins and Katie Herzig which can be seen below.