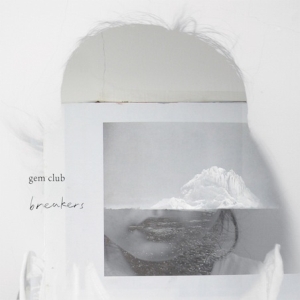 Gem Club's new album, Breakers is an ethereal masterpiece. Listening to the melodic, almost ominous piano melodies with, what sounds like, timed cannon fire in the background on the third track “Lands” paired with haunting vocals brought me such a feeling of foreboding that I felt like I was in the middle of a crisis. One of the key elements to take away from this album is subtlety.  Christoper Barnes & Kristen Drymala don't overdue the sounds at all. They remind us how simple and beautiful music can be with a cello, a piano, and minor percussion. The vocals have just the right amount of echo, but are almost secondary to the instrumentation. This is Gem Club's first full length album and it could very well be their

Where do they go from here? How do you make an album better than this one? Welles never made a movie better than Citizen Kane, his directorial debut. To better conceptualize what this album feels like, what it reminds me of, think about the first time you saw Donnie Darko. Remember? Now, excuse Gem Club for their rather foolish name, close your eyes, and start with track one. Feel it? See it? That's Gem Club's, Breakers, and it is magnificent.