ALBUM REVIEW: "Bend Beyond" by Woods 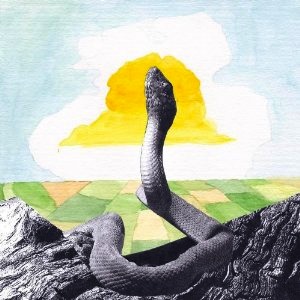 Woods has been pretty gung ho in their efforts to release a new LP every year since their debut back in 2006. Lead singer and founder, Jeremy Earl, has taken these past six years to perfect the band’s sound. Their jam-seshy, slightly experimental folk aesthetic has been a delightful, identifiable feature in every album, no matter what slight variations in sound their shooting for. Yet despite this, it is saddening to say that their latest, Bend Beyond, is quite disappointing.

Now let’s not be hasty, not every track on Bend Beyond is a let down. Though still fairly different from their usual, “Find Them Empty” has the familiar screechy guitar found in tracks on their album At Rear House. Earl’s hauntingly beautiful falsetto couples amazingly with the folk-popness of “Impossible Sky,” which is the best song on the new album. The closing track, “Something Surreal” has melodies reminiscent of The Shins (in a good way). But the rest of the album is somewhat of a loss.

To sum it up, Bend Beyond contains 12 of the most hi-fi, less experimental, “mature” indie-country tracks Woods has released to date. Bummer, unless that’s your thing.

Woods – I Was Gone from on Vimeo.