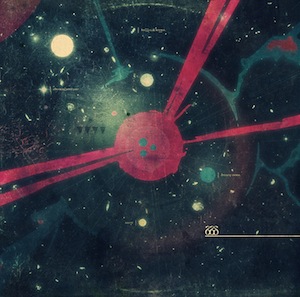 Big Black Delta (a.k.a. Jonathan Bates) garnered some exposure in late 2010 with a free EP and an M83-assisted remix of one of the songs borne out of the unholy union of Walt Disney and Daft Punk. Fortunately, Big Black Delta’s 1980s-influenced vision of the future is more science fiction noir than video game tie-in.

BBDLP1 opens with the immensely catchy “Put Your Gun on the Floor.” Ominous low synth lines flirt shamelessly with whistle-worthy high ones in a haze of distortion, throbbing like the second coming of Pretty Hate Machine. After a few light-hearted tracks about loneliness and outdated media players, “Dreary Moon” provides the first unexpected twist. Gloomy and pretty move from the nightclub to the bedroom during this wistful ballad built on layered string melodies. The final third of the album surprises once again as vocals disappear and harmonious drone reigns. If the unnecessary remake trend ever befalls Darren Aronofsky’s π, the end result won’t be a complete waste if Bates is selected to compose the score.

1980s retro doesn’t have legs, it has regenerating appendages. With this promising debut, Big Black Delta assures us that the bandwagon will not tip over on his watch.