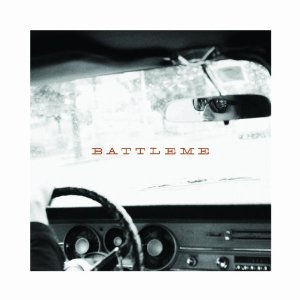 Our experiences in life develop and have potential to cultivate our character. Matt Drenik of Austin band Lions has had his portion of hardships, including being diagnosed with Uveitis, an immune disease that distresses his eyes. Rather than letting it bring him down, he took his hardship and turned it into music. Today, that music is released under the moniker of Battleme, and it’s 10 songs of straight feeling, on the rocks with two olives.

In the initial track “Closer,” Drenik shakily croons “It’s do or die and everybody knows it.” It’s a call to action people, you hear the man! Battleme gratifies both ends of a music listener’s soul. It has the tranquility on songs like “Doin’ Time in my Head Ain’t Cheap” and “Killer High,” but it also has the spiny edge on “Shoot the Noise, Man” and the album’s single “Touch.”

This album is a yellow post-it note on your bagged lunch, personally written by Battleme, that reminds you music saves.