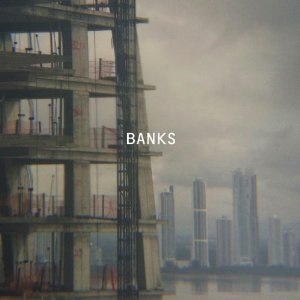 Paul Banks returns moniker-less with his second full-length solo album simply titled Banks. The album is an obvious declaration of self as Paul Banks steps out from behind his alter-ego Julien Plenti for the first time since he began performing under that name at the age of seventeen. Banks continues to artistically distinguish himself from his more well-known identity as Interpol‘s frontman and also surpasses his own effort on his debut solo album Julian Plenti Is… Skyscraper pushing himself to a more polished and refined sound.

If you’re expecting Banks to fill the shoes of an Interpol album, your expectations will go unfulfilled. But that’s because there is an appreciable difference between the collective works of Interpol, where guitarist Daniel Kessler is the primary creative mastermind, and Banks’ solo work. It’s a proverbial comparison between apples and oranges. Written in 2011 while on tour with Interpol, Banks has a refreshing sense of lightness throughout and insights into Banks’ affinity for hip-hop and R&B. “Over My Shoulder” and “I’ll Sue You” each have distinctive beats with hints of R&B undertones providing a sense of danceability. Banks’ knack for writing lyrics is the one overlapping similarity between his solo work and his contributions to Interpol since he does take the laboring oar when it comes to songwriting. Banks is a giant step forward from his first solo album in 2009, granted Banks wrote a majority of those songs while in his late teens and early twenties. You can hear the maturation and evolution of Banks as a musician from Julian Plenti to Interpol to Paul Banks — a journey that’s brought him to this place declaring “this is who I am as a solo artist.”