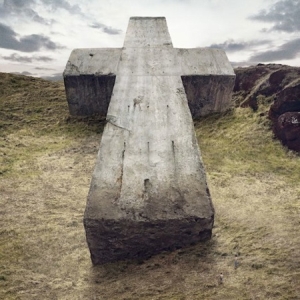 Justice is back! Since the 2007 release of the French electro duo’s dance floor-destroying debut album and the riot inducing word tour that followed, Gaspard Augé and Xavier de Rosnay have stayed mysteriously quiet. Well all those rabid fans with cross
tattoos and blown out eardrums better wake up, because Justice has finally returned with a second full-length album that will shake up the electronic music scene once again.

Infamous for gritty electro bangers, Justice has increased their fancy for instruments during their down time. Grungy rock guitar riffs and live drum kits clash with nasty synthesizers to produce a heavily rock influenced electro sound that has significantly evolved since we last heard from the chain-smoking Frenchmen. Although the album kicks off in expected raging fashion with the head-banging single “Civilization,” much of the release is rather calm for Justice standards.

At times, such as on tracks “On’n’On” and “Newlands,” Audio, Video, Disco could easily pass as a record from a classic rock band. The hard-hitting synths on “Cannon” hint at the Justice of old, but the duo has evidently grown out of producing raw electro anthems in favor of a far more polished and controlled sound. Aggressive pop ballads blend with mellow renaissance inspired tunes like “Brainvision” and “Parade” to create an assorted mix of heart pumping music that is more rock than disco.

High expectations and a ton of hype surround the release of Audio, Video, Disco, and for good reason. Justice’s debut album felt like a good ass beating from Gaspard and Xavier who danced around your bloody body in a dark alley as you smiled craving more. New Justice tracks still pack a punch, but the duo seems too timid to get their nice new shoes dirty.