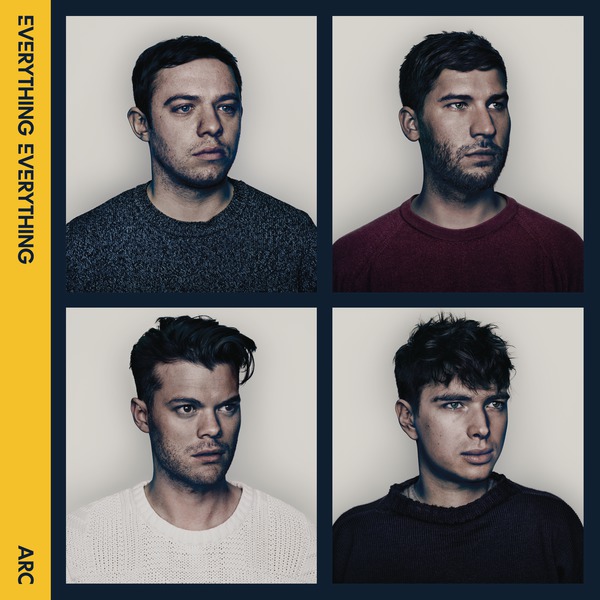 Everything Everything
Arc
[Sony RCA]

Arc, Everything Everything’s follow up to 2010’s Man Alive is the band’s progression into a more polished sound. Use of electronic ambient noise is far less prominent on their sophomore effort.

“Kemosabe,” an apparent ode to loneliness within a relationship is easy on the ears, catchy indie-pop. Demonstrating vocalist Jonathan Higgs falsetto beautifully. As each track of the record unfolds, a nagging feeling of déjà vu starts taking hold. The recent glut of bands claiming their piece of the indie-pop pie is hard to ignore. It’s easy to see why Everything Everything draws comparisons to Alt-J, another British indie quartet. However, Jonathan Higgs’ falsetto closely resembles that of, dare I say it, Coldplay’s Chris Martin. Nowhere is that more evident than slow building tracks like “Duet” (complete with its use of string instruments) and “Don’t Try.”

Overall, Everything Everything, have produced a satisfying indie-pop record in Arc. They’re not breaking any new ground here and that’s not necessarily a bad thing. But, it might just make fans of their much more adventurous previous record a bit nostalgic.